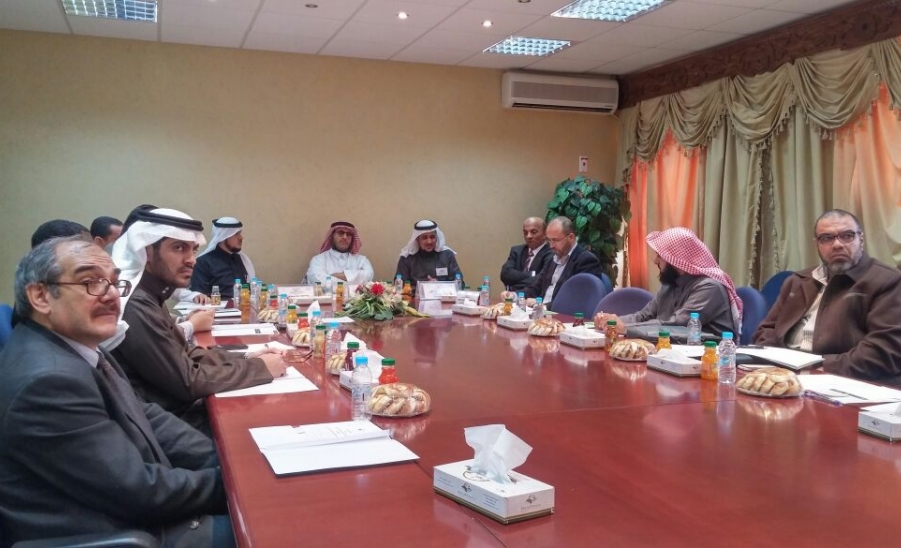 Under the guidance of his Excellency the Rector of the University, Dr. Khalid bin Saad Al Muqrin, and the supervision of His Excellency the Vice Rector for Graduate Studies and Scientific Research, Dr. Mohammed bin Abdullah Al Shayae, and a continuation of the role of the university to promote the culture of research chairs, Administration of Research Chairs held a cultural meeting at the Community College at the University on Sunday, 03/05/1436 H, under the title «The Role Of Faculty Members In Supporting The Research Chairs». The meeting, which was held at the meetings hall at the Faculty of Community, started with a welcoming speech delivered by Dr. Abdullah Ahmad Al Dahash, Dean of Community College, and Dr. Osman Al Saleh, Vice Dean of Community College for Graduate Studies and Scientific Research among a large number of faculty members at the College. Then the events of the meeting began with the first part of it in which Dr. Abdullah bin Awad al-Harbi, Director of Research Chairs Administration, talked about research chairs and the direct role of faculty members in the process of scientific chairs, then followed by the second part of the meeting, in which Dr. Sarhan Ahmed Rashwan, a member of the Committee of Research Chairs Administration t, dealt with the indirect role of faculty members in the support of research chairs through the media and marketing and how to fill in a proposed research chair model and the most important requirements. Thus, each part included a lot of interventions and discussions by faculty members, who praised all of what has been offered. At the end of the meeting, which lasted for more than one hour, Dr. Osman All Saleh, Vice Dean of Community College for Graduate Studies and Scientific Research, honored members of the administration and expressed his thanks to them on behalf of the Dean of the College.