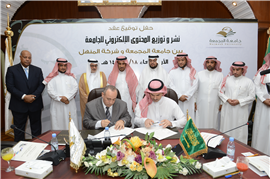 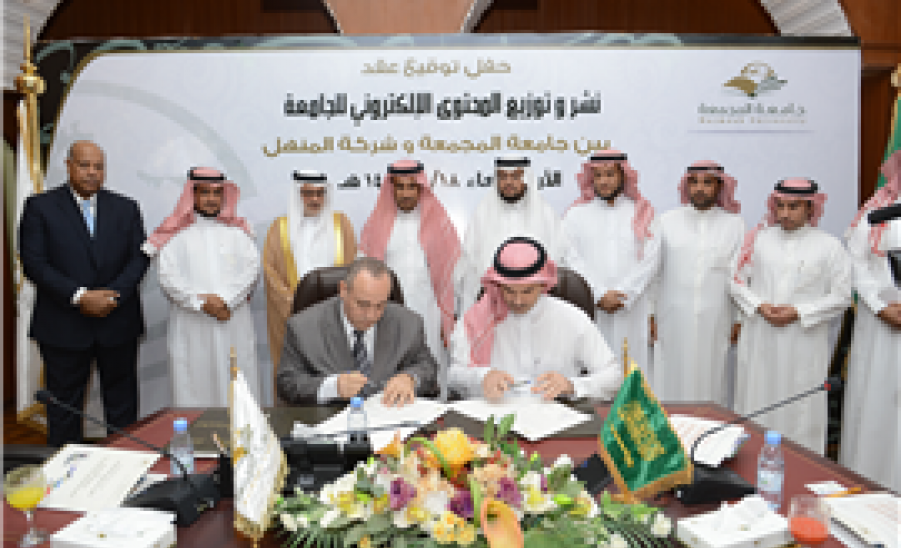 As Majmaah University is greatly concerned about electronic scientific publishing for its works including periodicals, books, conferences, symposiums and dissertations, the university represented by the Vice-Rector for Postgraduate Studies & Scientific Research signed an agreement of e-publishing with the representative of Al-Manhal Company for Technology, Mr. Mohammad Ateyyah Al-Shafie, director of content development to publish the scientific & cultural content of the University on the electronic system of Al-Manhal. The agreement which was signed on Wednesday 18th of Jumad Al-Awwal 1435/ 19th of March 2014 includes the preparation a database for the University works including periodicals, books, conferences, symposiums and dissertations to be published on its electronic platform which will be available a large number of researcher. This will obviously increase the opportunity of publishing more works of the University over the world. The Rector, Dr. Khalid S. Al-Mugren emphasized the concern of the University in expanding its education and electronic publishing which will help students to be updated and hone their research skills. He added that the agreement will contribute in the development of the University to make progress in the world ranking. Mr. Al-Shafie gave a speech where he mentioned that the academic work of Majmaah University will be a valuable asset to the database of Al-Manhal in Islamic, literary and scientific fields. He also made a reference to the procedures that will be undertaken by the company to facilitate the access to scientific and cultural knowledge among institutions of scientific research and higher education, universities and publishing houses in Arab world. He also noted that more than (100) universities have registered worldwide via the database of Al-Manhal Company. Mr. Al-Shafie mentioned that the database of Al-Manhal uses high level of technology and tools which specifies the percentage of quotation and protect the intellectual property of researchers against plagiarism. Mr. Ahmed Al-Hamdan, President of the Saudi Publishers Association and vice president of the Arab Publishers Association talked about the importance of electronic publishing in light of the increasing demand from academic institutions, universities and scientific centers for the Arabic electronic work which could be provided via an electronic platform of high quality that will provide a high level of security to the work all over the world. He recommended Al-Manhal platform to undertake this task which also provides regular reports about the usage of the work. 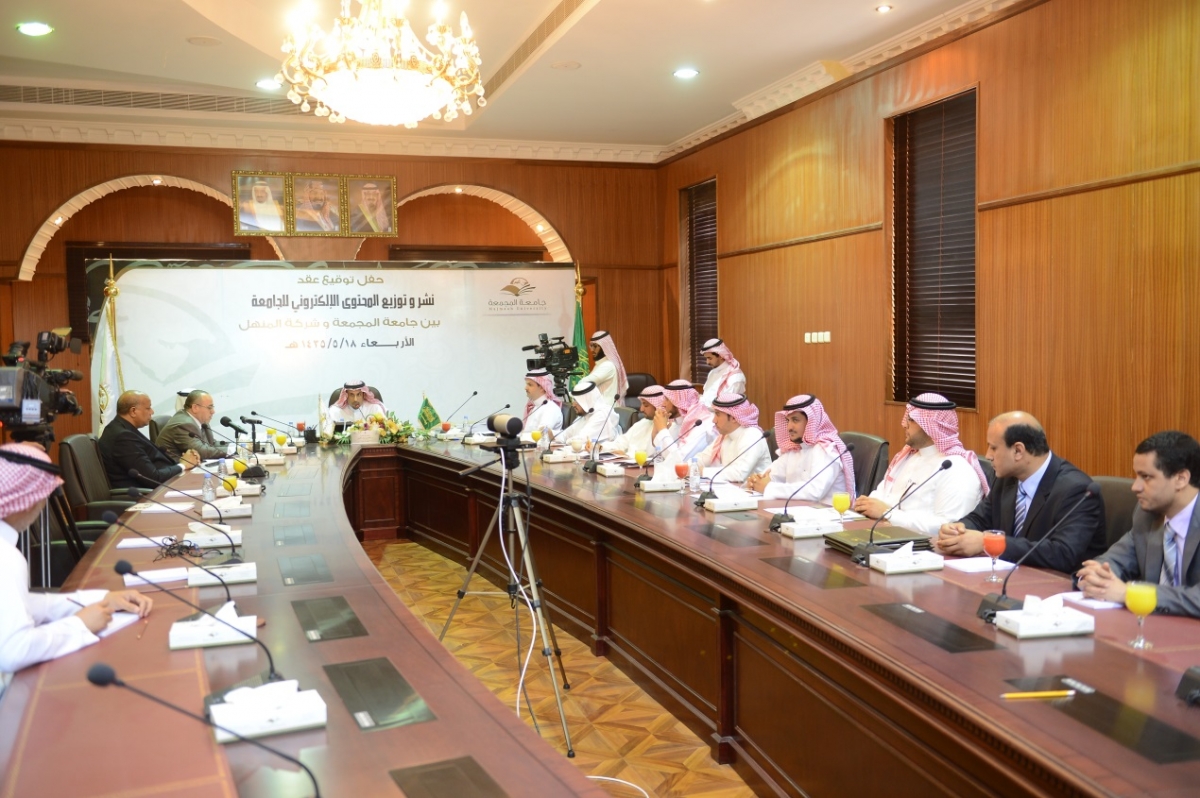 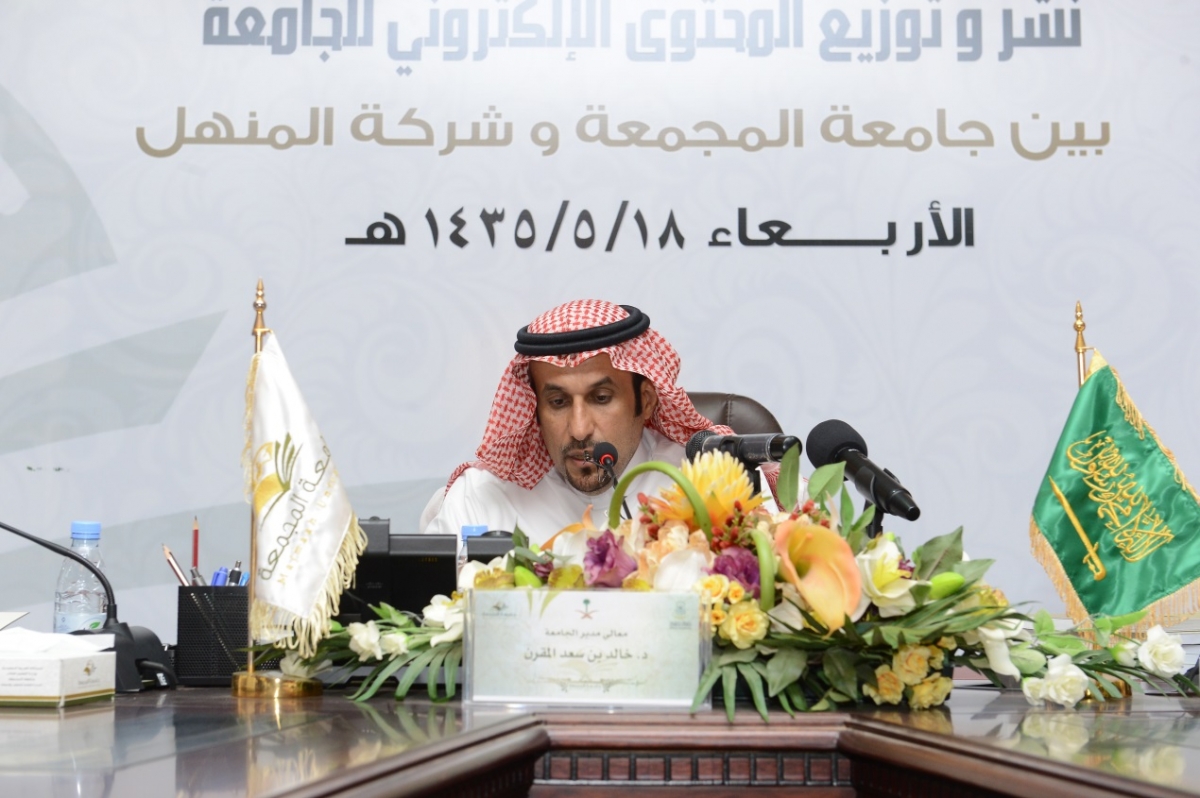 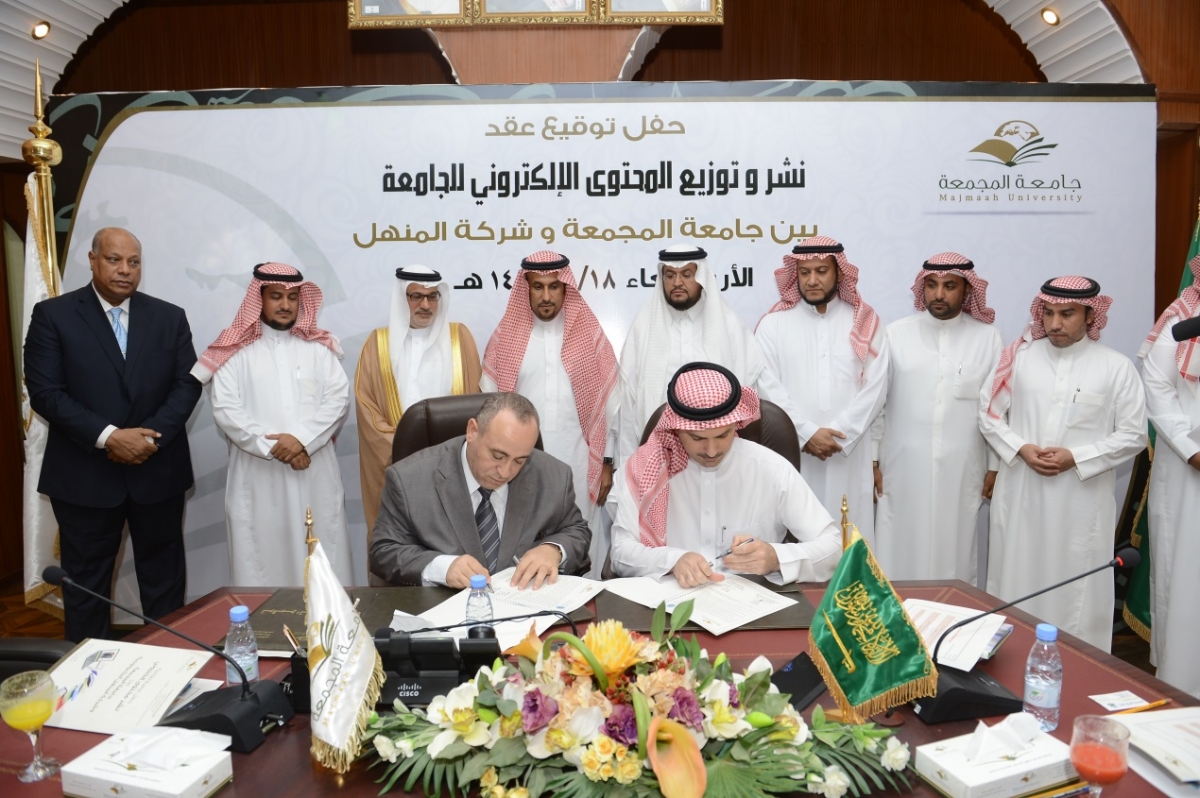 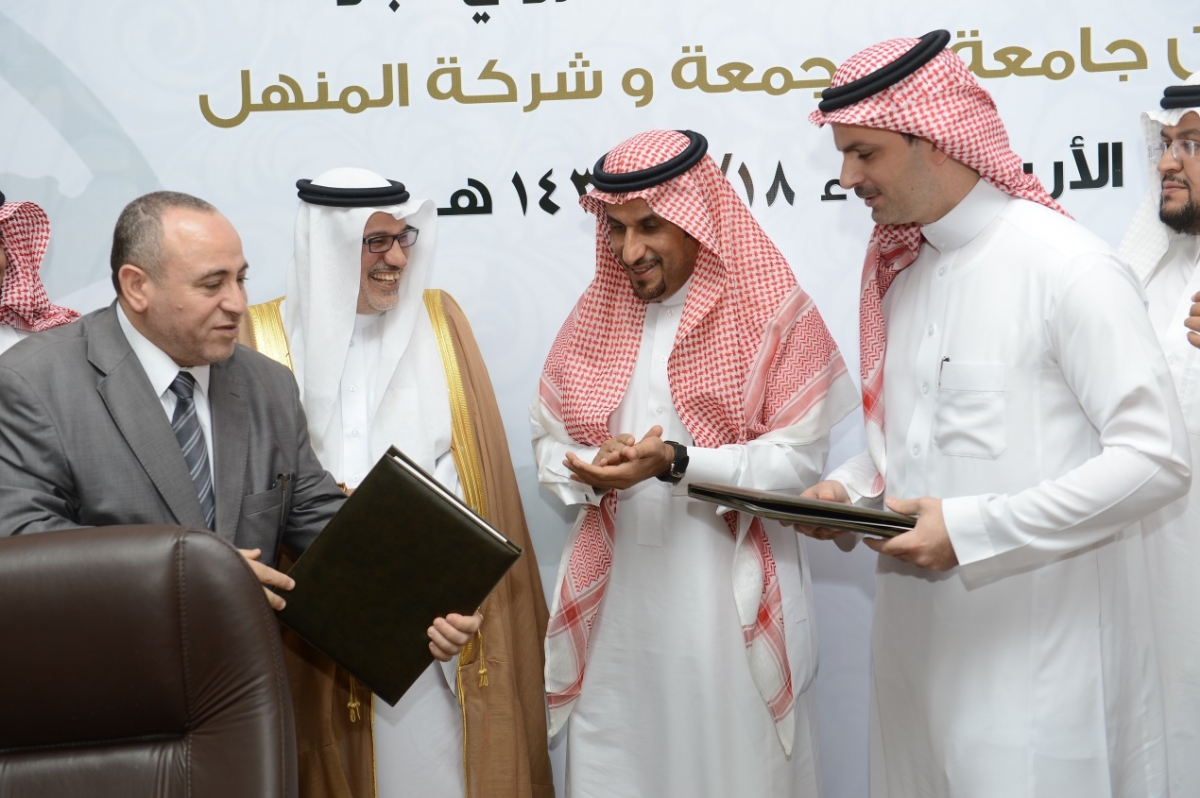 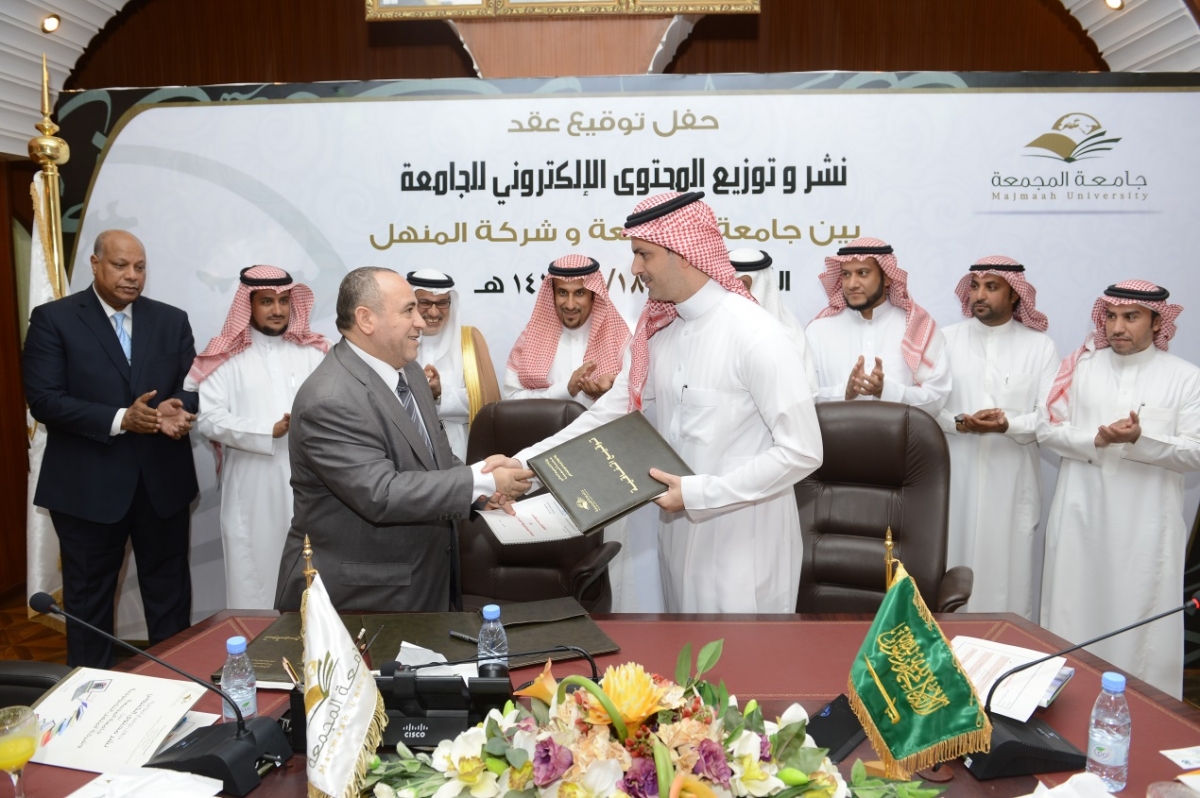 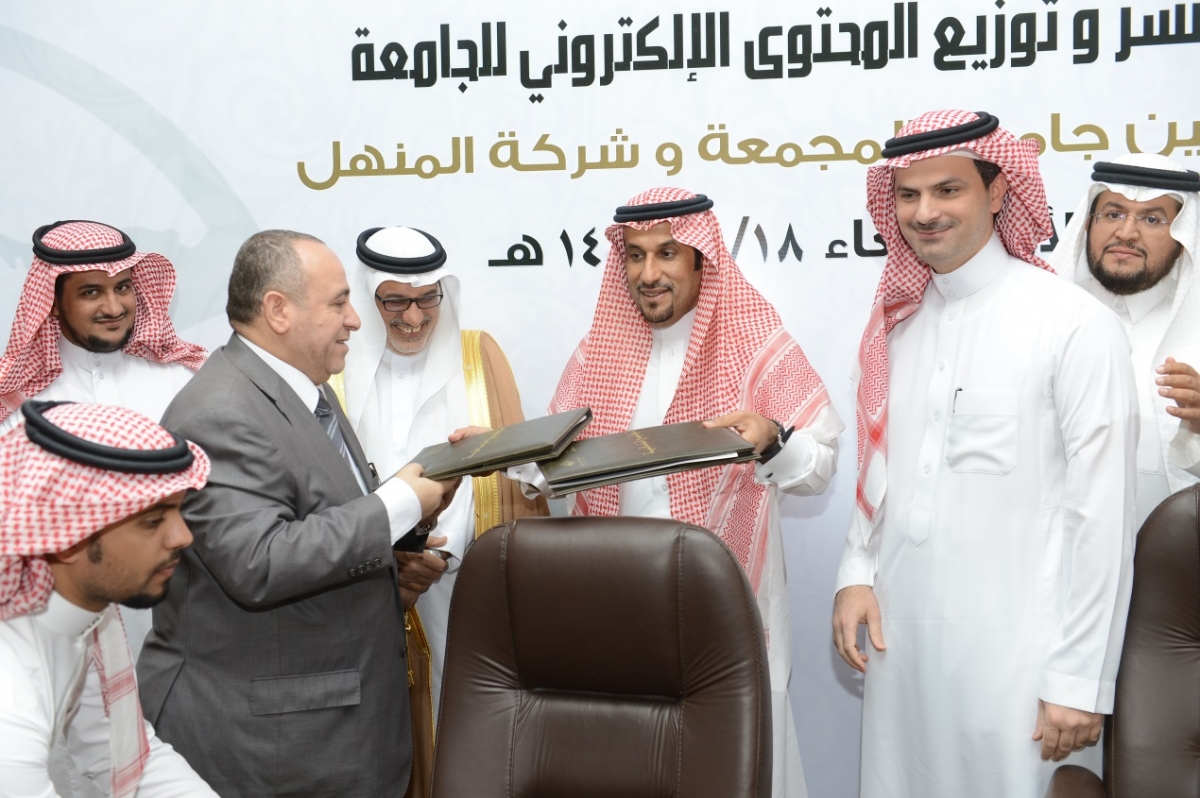 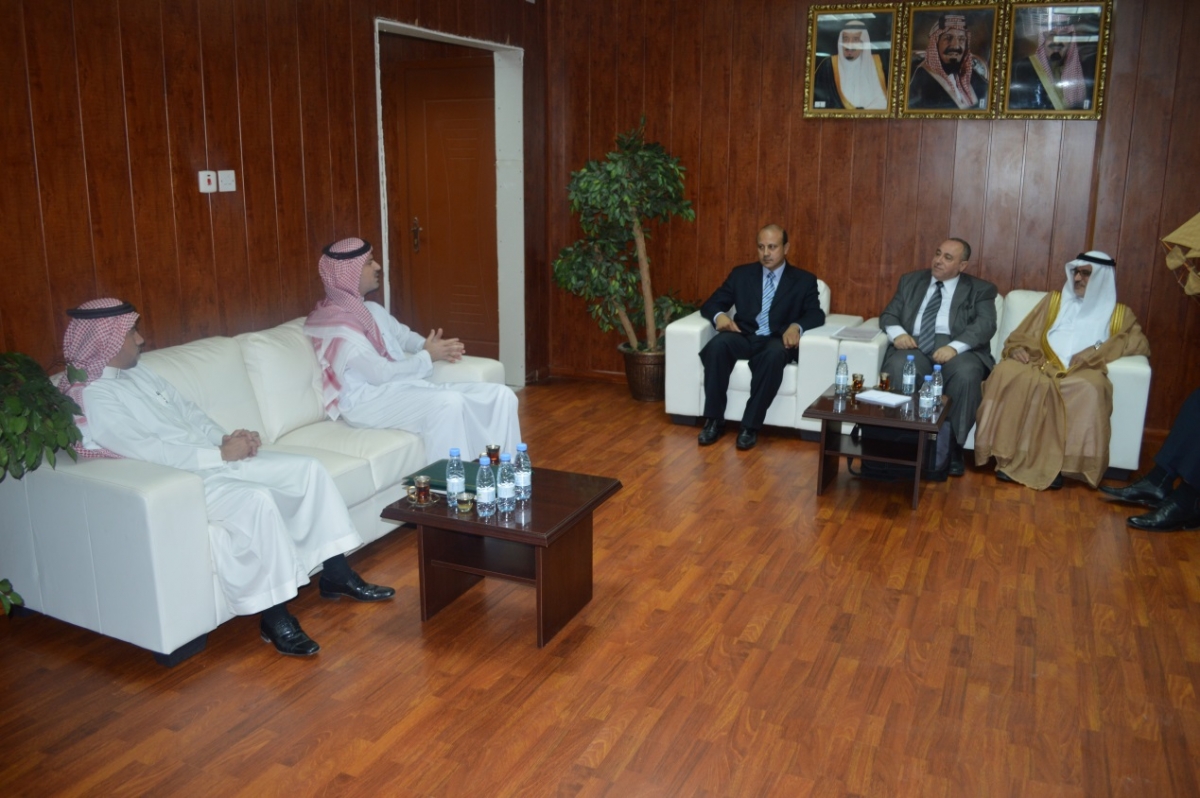