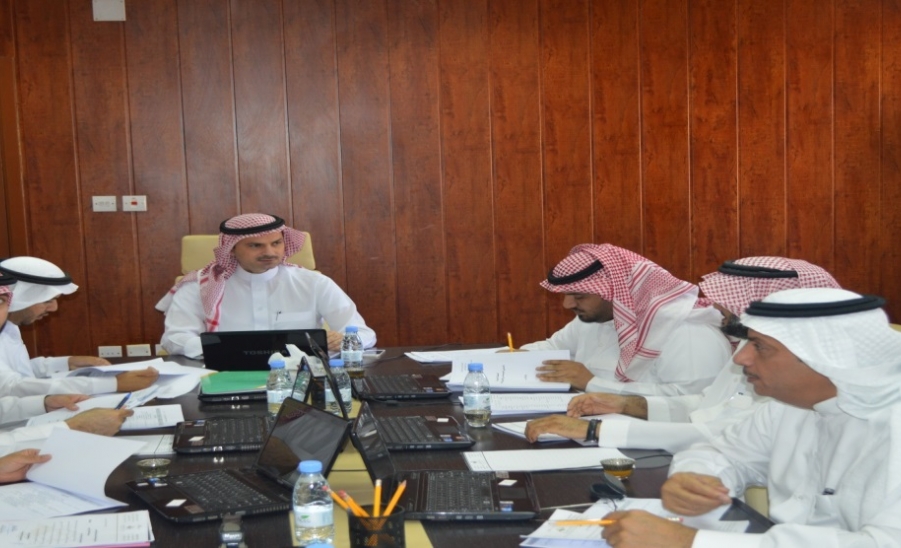 His Excellency the Vice-Rector for Graduate Studies & Scientific Research chaired the 9th meeting of scholarship and training committee for the academic year 1435/1436 which was held on 26/1/1436. The secretary of the committee, Mr. Mohammad Bin Saif Bin Judia stated that 9 topics were discussed related to sponsorship, extension of study duration and promotion of the university postgraduate students. Several recommendations were issued on top of which are the extension of study duration for Mr. Majed Abdullah Al-Owaid in Computer Engineering at Ottawa University, Canada, Mr. Mohammad Abdullah Al-Sweid in the field of Stem Cells at Western University, Australia and Mr. Abdul Aziz Abdullah Al-Katheeri in the field of Physiotherapy and Nerves in USA. the committee also approved the promotion of Mr. Hawran Al-Anizi from the English language course to PhD studies in Networks and systems management in USA and the shift of Mr. Abdelrahman Mohammad Al-Rebeyan’s scholarship to Belmont university in UK. The Vice-Rector, Prof. Al-Shaya’a stated the importance of following the path of success and to double the efforts in completing the procedures of the university staff.