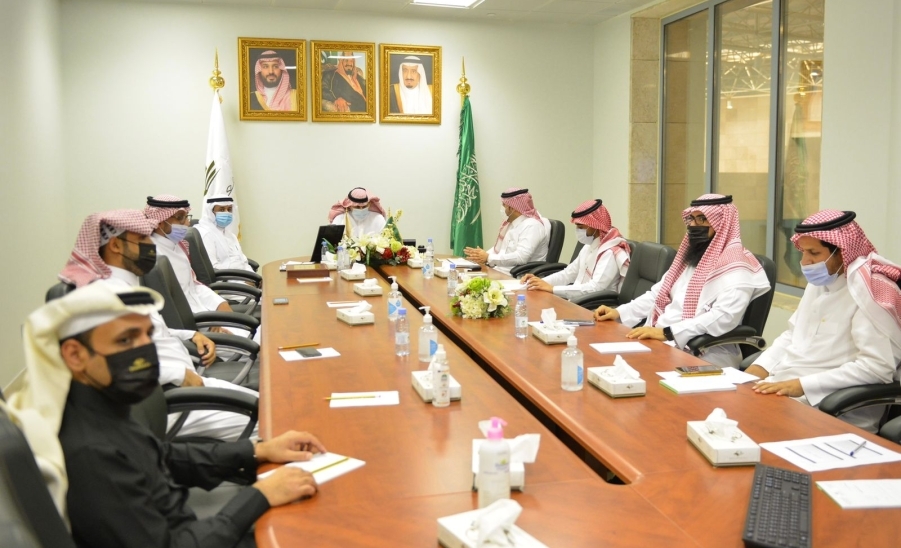 Under the patronage of the rector, Prof. Saleh Al-Mizil, the Vice-Rector’s Office for Graduate Studies and Scientific Research held an introductory meeting about its associated departments.

The meeting began by a welcoming speech for the vice-rector, Dr. Ahmed Al-Rumaih, followed by reviewing the list of tasks and initiatives undertaken by the departments associated with the Vice-Rector’s Office, including achievement indicators and future visions.

Prof. Al-Mizil, MU rector, stressed the importance of quality in all works done which will be reflected on beneficiaries.

A guide was presented to the rector which features prominent initiatives, achievements and future plans.