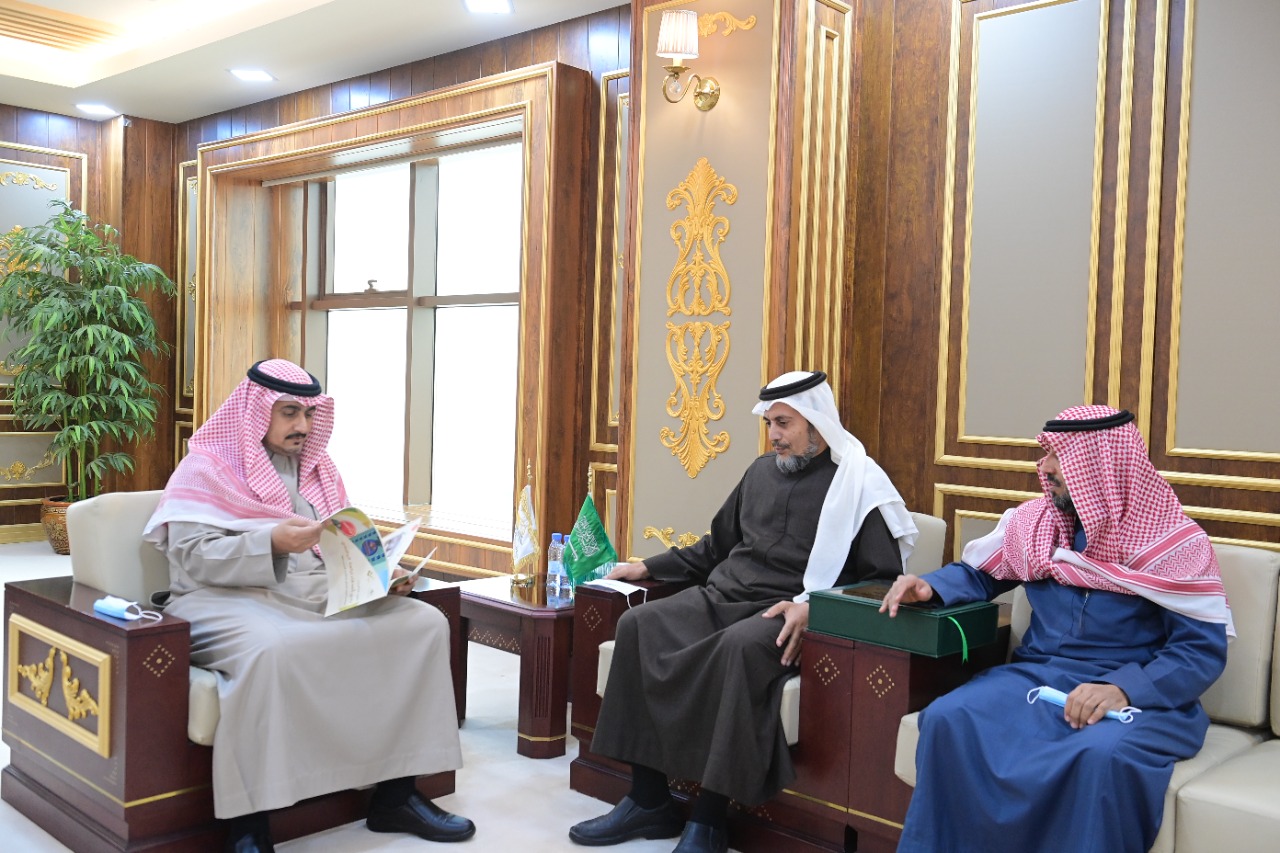 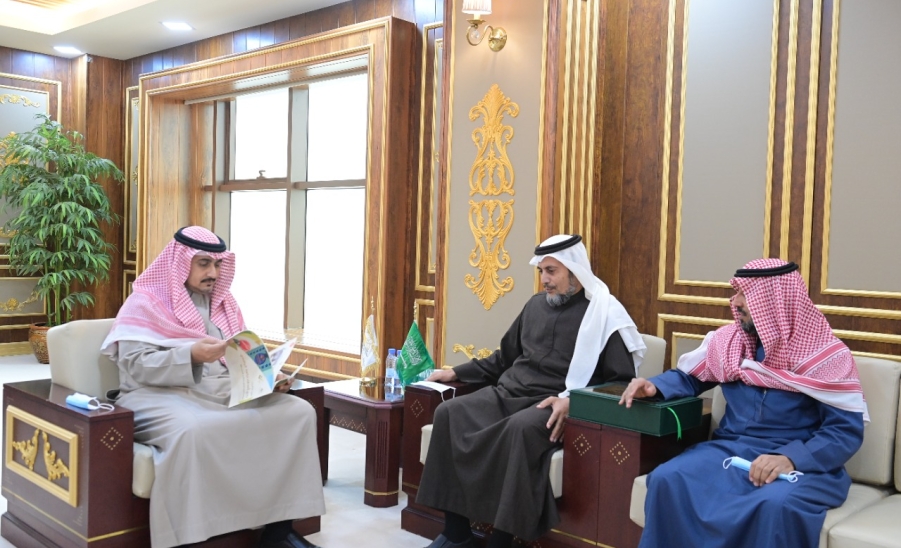 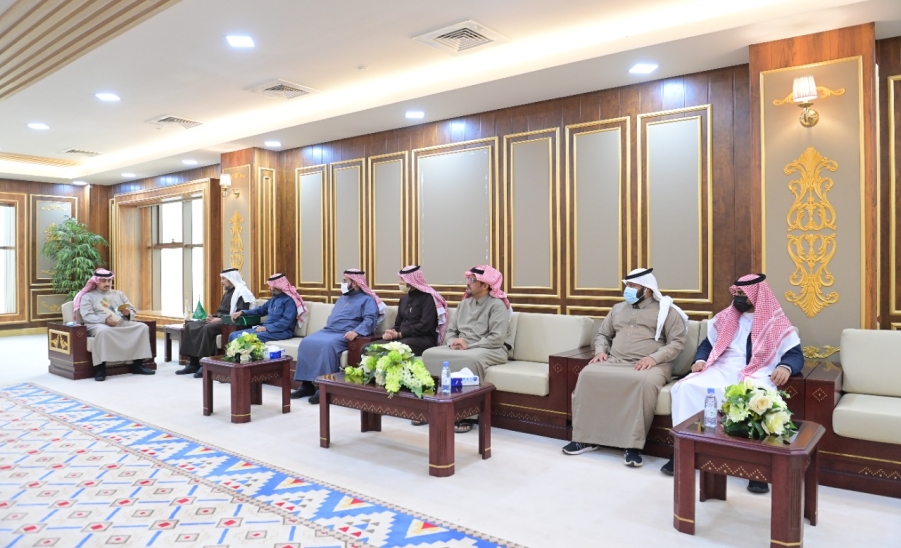 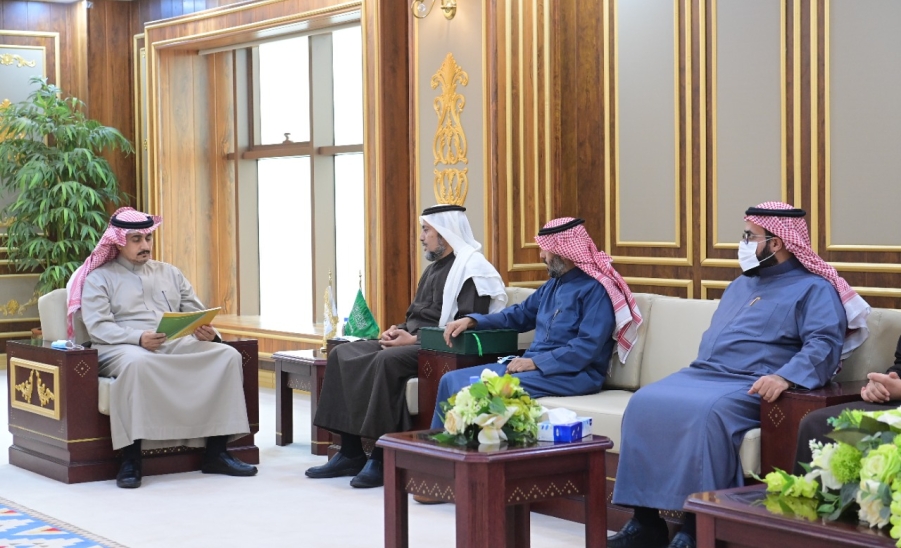 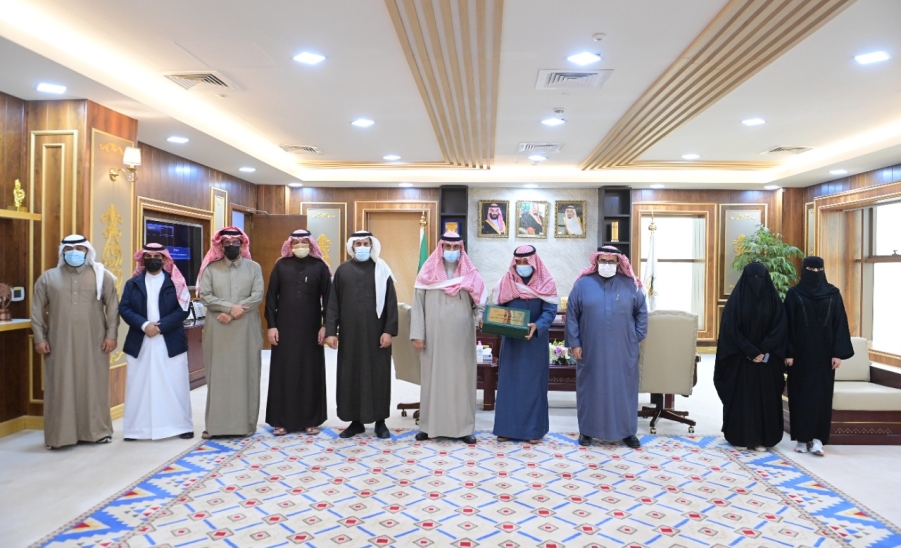 Prof. Saleh Al-Mizil, MU rector, welcomed in his office, in the presence of the vice-rector, Dr. Mohammed Al-Obudi, the chairman of board of directors of Nazaha Club, Dr. Khalid Al-Ofaisan, and the board members.

The rector was briefed about the club’s achievements on the International Anti-Corruption Day, including vice-rectors’ offices, colleges, deanships and general administrations.

The rector concluded the meeting by advising members of the club to exert efforts in inculcating the concept of integrity among the university personnel, students and faculty members, highlighting the country’s vital role in fighting corruption amid the reformation taking place in every aspect of the country.