Information about the College using (QR)

Dear browser,  scan  the following code via a program of quick response reader (QR) by using your smart mobile phone, to get quick and complete information

about the Community College in Majmaah. 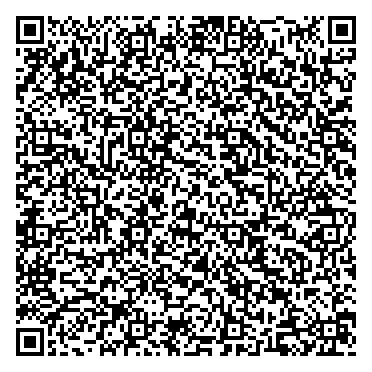 (The text that will appear when scanning the code  above  "Community College in Majmaah: which is located in Majmaah Governate , it is one of the Governates in the north of Riyadh in the Kingdom of Saudi Arabia, it is one of the colleges of the University of Majmaah established in 1425 H that includes three disciplines: Accounting, English Language and Computer, and  the Dean of the College Dr. Abdullah bin Ahmed Al Dahesh.)

It is s a type of filamentous codes matrix or barcode (or two-dimensional code) and  the first use of it was  in the design of  automobile industry. In recent times, this system spread outside the industry because of the ease of reading quickly and the high proportion of storage. The symbol consists of black modules arranged in a square shape on a white background. The encrypted information can be any kind of data (for example, binary numbers, numbers, or symbols of Kanji).

This system was devised by Denso Corporation, a subsidiary of Toyota Corporation in 1994 to track vehicles during the manufacturing process, the symbol of quick response is considered as the most popular type of the two-dimensional barcode types. It has been designed to break the code at high speed. This technology has become more popular in Japan; where the United Kingdom is considered as the seventh largest consumer of quick response codes.

This system was used in the beginning to keep track of spare parts in the automotive industry, but now (in 2011), its uses are in various fields of applications, such as  tracking of trade , transportation and entertainment tickets, marketing of products and define product prices.  Many of these uses are targeted the users of mobile phones ( via the property of marking mobile phone (en)).Also, Users can get the texts, as well as identification cards (vCard) to their devices, open the uniform resource identifier (URI), or create an e-mail or text message after taking a survey of quick response code. Besides, the user can generate and print quick response codes to others and are used and scanned by visiting one of the many sites or the applications of generating quick response codes paid or free.

Google has famous applicable interfaces (API)  for generating quick response codes, and these applications can be found on smart phone devices.