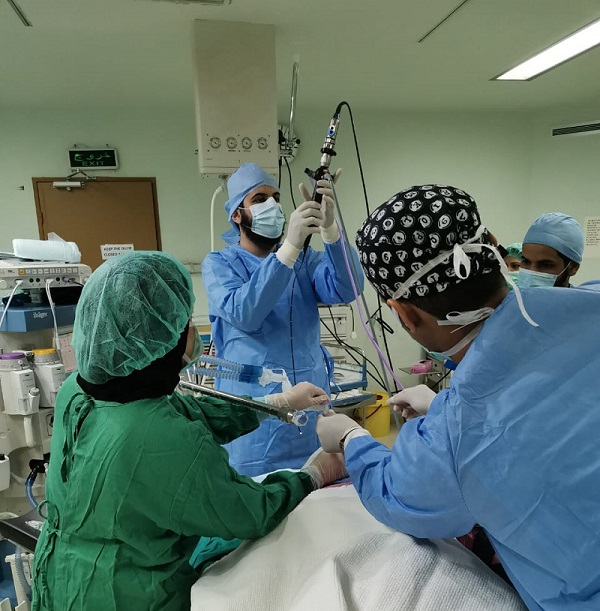 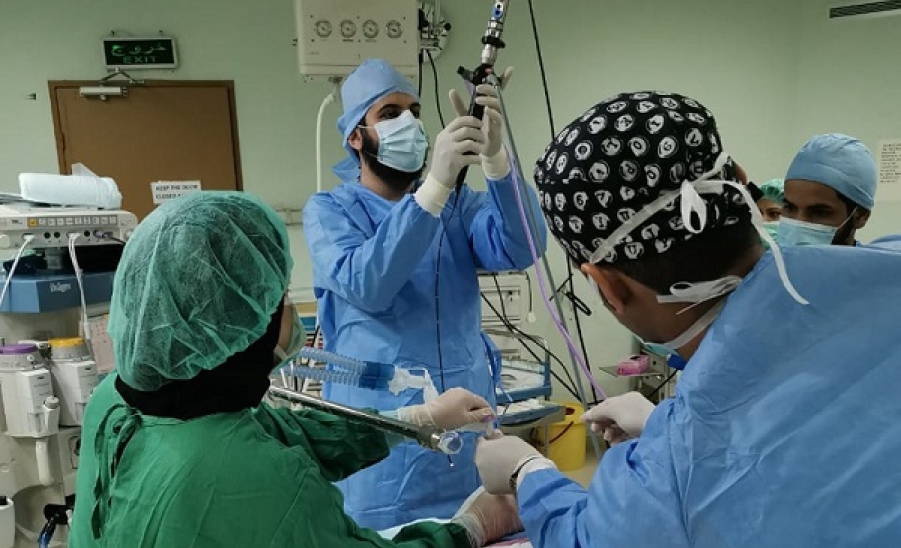 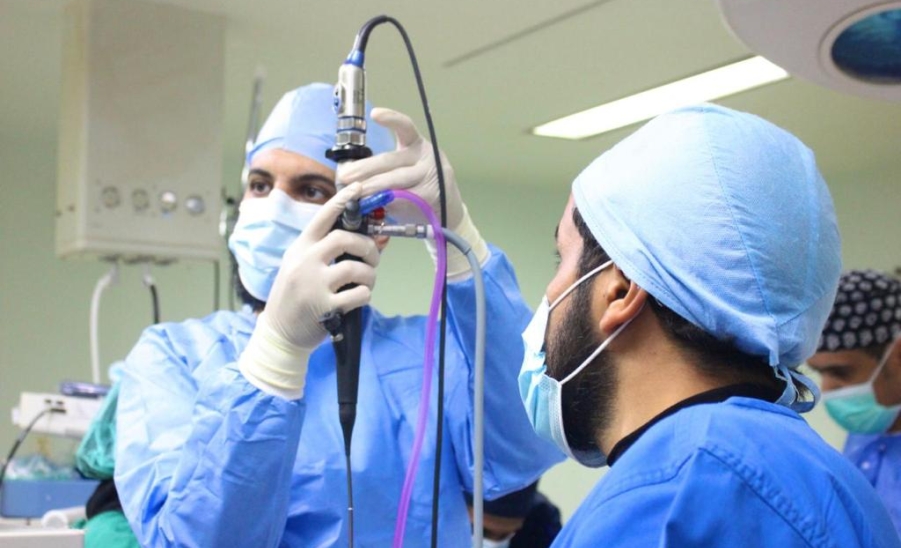 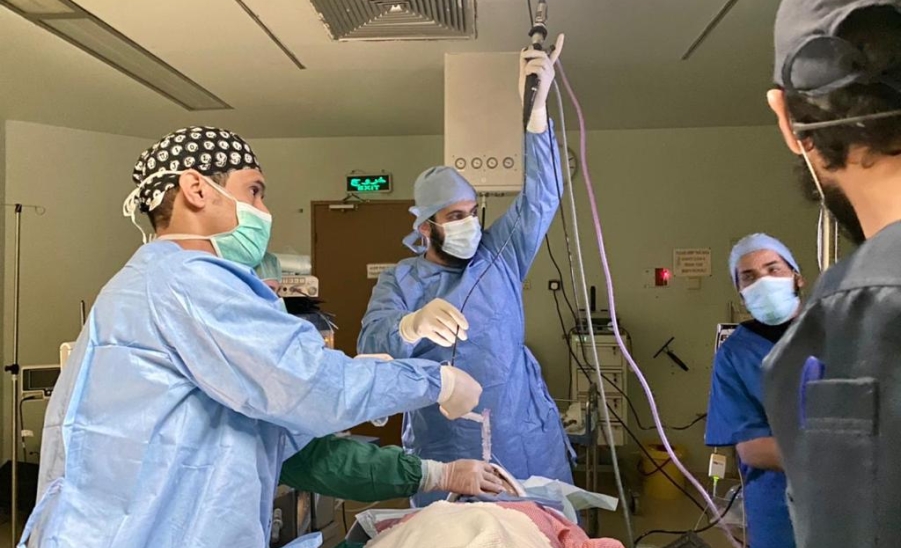 In cooperation with King Khalid Hospital in Majmaah, a medical team from MU has successfully performed the first bronchoscopy surgery for a 13-year old girl who has been suffering chronic cough and recurrent lung infection and had to be admitted in hospital frequently in Riyadh.

The head of the medical team, Dr. Abdullah Al-Olayan, Associate Professor of Pediatrics and Consultant Pediatric Pulmonary, explained that flexible bronchoscopy was performed under general anesthesia and the bronchi and lobes of the lungs were examined. A large amounts of mucous secretions were found in the lower lobe of the left lung, which led to the closure of the entire lobe. Brine (sodium chloride) was injected in those parts, and a sample was sent for laboratory examination.