MU PARTICIPATES IN SCIENTIFIC CONFERENCES ON LANGUAGE AND MEDIA 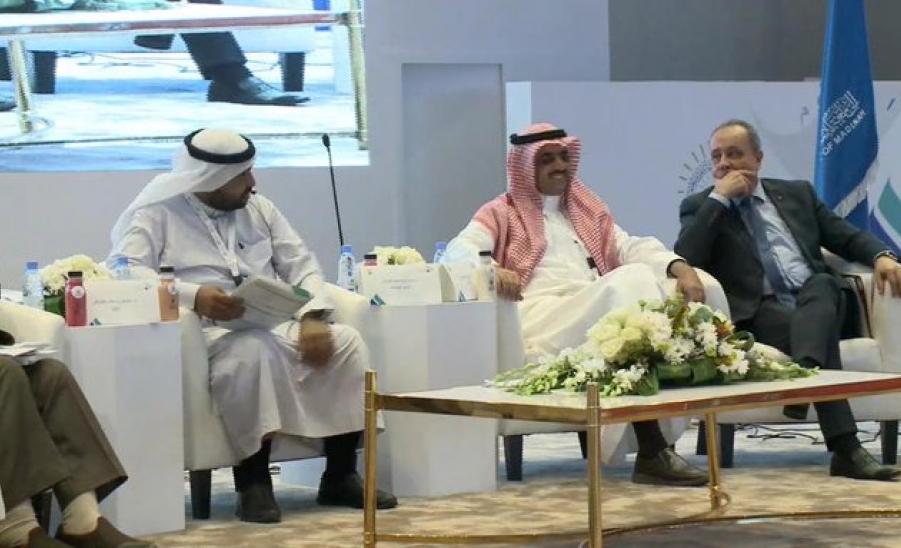 Majmaah University, represented by the College of Education in Majmaah, participated in the conference organized by the Islamic University entitled “Arabic Language and New Media”.
Dr. Tanaf Al-Otaibi, head of Arabic language, presented a paper entitled “New Media and Narrative Arts” which highlighted the role of new media in promoting and improving narrative writing. The paper also addressed the narrative writing in light of modern technology and media and the role of digitalization in spreading the art of narrative. Describing the new media discourse, Dr. Al-Otaibi said it is characterized by brevity, speed and intensity.
Dr. Deeb Al-Otaibi, a faculty member at the Arabic Department, has also represented MU in the conference organized by Al-Jouf University with the title “Media Discourse: Argument between Language and Thought”.
In the paper presented by Dr. Al-Otaibi with the title “The Language and Thought of Media Discourse and their Role in Fighting Terrorism”.
Dr. Al-Otaibi highlighted the role of new media in fighting terrorism by using logical and quasi-arguments.