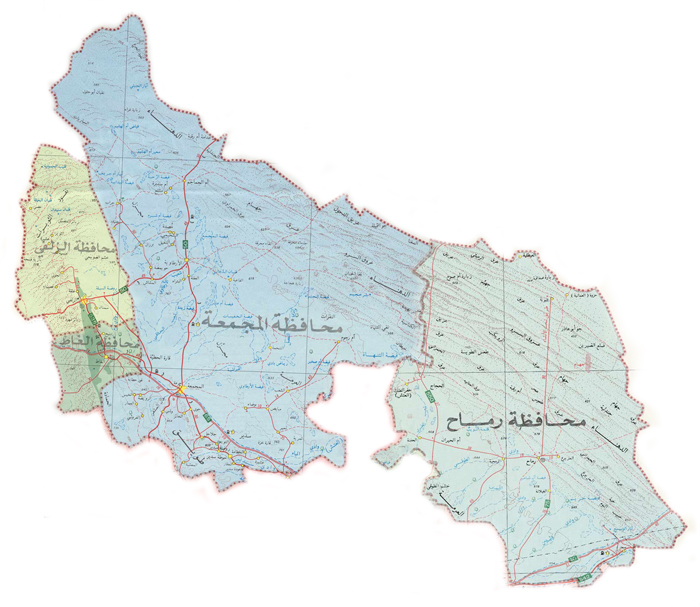 The name of Majmaah University is basically derived from Majmaah Province, located 180 kl north Riyadh city. The same name is also referred to Majmaah city, which is the center of the province.

Majmaah University was established to serve a number province including Majmaah, Zulfi, Ghat, Remah and Hawtat Sudair. These provinces include several cities and villages. The total number of the population of these provinces and their attached centers is more than 250 thousands. Majmaah University will meet the growing number of high school graduates in the region which will reduce the pressure on universities in big cities.

The University main campus is located in the south part of Majmaah City. The University area which is around 6 million kl can be seen from the highway that links Riyadh with Qasim.

The University has around 20 buildings for the administration, colleges, deanships, medical services and units. The University is meant to provide services of high quality in the field of research and education as well as serving the society of the people in the region.